...and I said to myself, "Let's make a simple game!" And so I did, despite the fact that I completely destroyed my schedule for the different projects that I've been working on. I felt like making a game, you can't blame me lmao

So here we are, I present you Donut Force Galactic 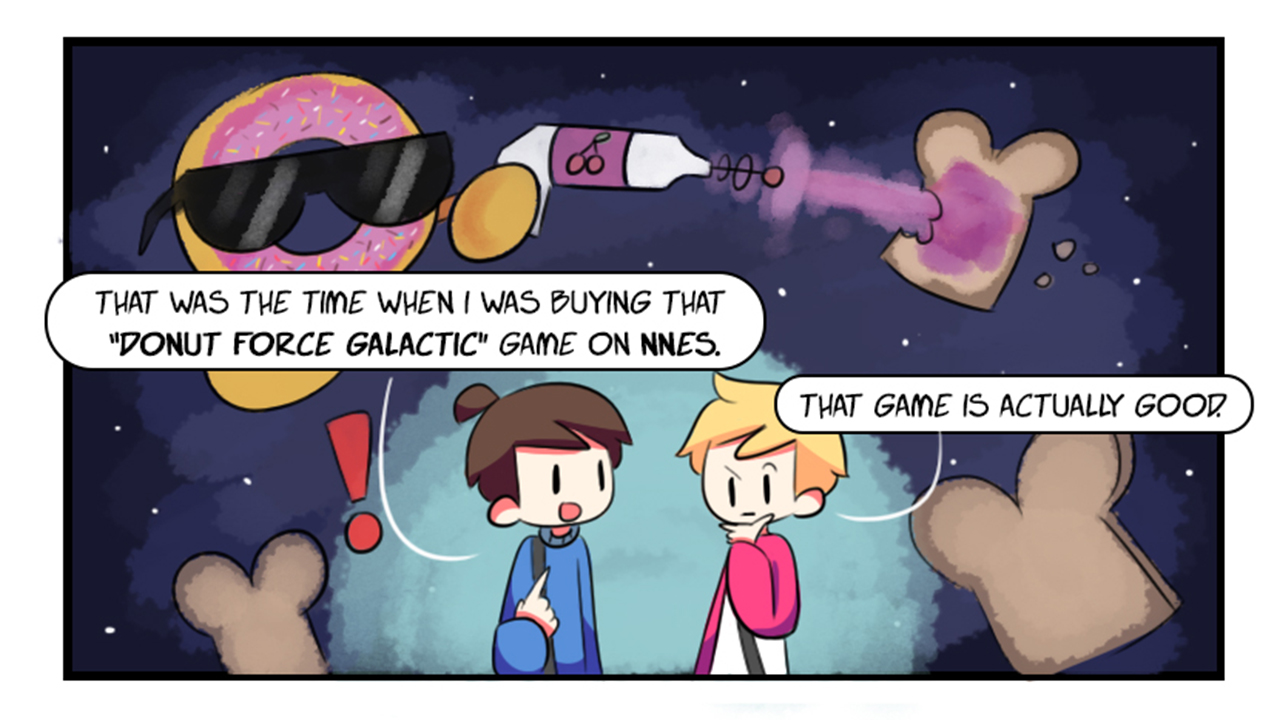 Yes, there is a storyline of this game.
Basically, there is a war between two food, the Donuts and the Breads. They fight, but in space.

My first ever game that I've published. I might update it at some point but as of now, I hope you enjoy this simple yet somehow hard game.